24 Hours of Le Mans and Rolex 24 At Daytona Winner, Joey Hand, to Receive Elk Grove Key to the City on February 27 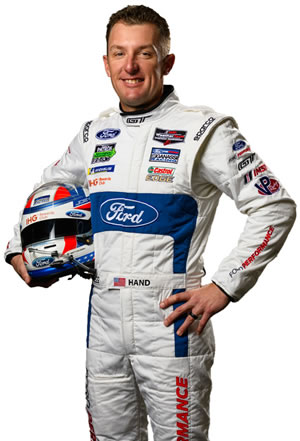 Elk Grove, CA – The Elk Grove City Council will present International Motorsports Association driver and 24 Hours of Le Mans and Rolex 24 At Daytona winner, Joey Hand with a Key to the City on February 27 in Elk Grove.

A ceremony and community autograph signing event will be held next Wednesday beginning at 4:30 p.m. at Elk Grove City Hall at 8400 Laguna Palms Way in Elk Grove. Photo and autograph opportunities will precede a brief ceremony, held as part of the regular City Council meeting at 6:00 p.m.

Widely considered one of the best road racers in the world, Hand, with co-drivers Dirk Mueller and Sebastien Bourdais, won both the GTE Pro category at the Le Mans 24 Hours in 2016 and the GTLM title at the Rolex 24 At Daytona in 2017. Both races are widely considered the pinnacles of 24 hour sports car endurance racing. Hand currently drives the No. 66 Ford GT in his fourth full-time season with the Ford Chip Ganassi Racing Team in the IMSA WeatherTech SportsCar Championship series, the highest level of North American sports car racing.

“On and off the track, Joey shows remarkable strength in character and an unparalleled commitment to professionalism,” said Elk Grove Mayor Steve Ly. “Racing takes him all over the world in a career that practically gives him wings. He comes home to his roots in the Elk Grove area. We couldn’t be prouder of his accomplishments. As this key demonstrates, the door is always open to Joey at City Hall.”

Hand celebrated his 40th birthday earlier this month. He grew up in the Elk Grove area, attending James McKee Elementary School, Kerr Middle School and Elk Grove High School. He started a karting school at the age of 17, owned a kart shop in Elk Grove and the concession of the kart track at Prairie City SVRA for 4 years. When he’s not on the road, Joey is at home in Wilton with his wife Natalie and their two children.

“I am so proud and honored to receive the Key to the City from a place I have called home for most of my life,” said Hand. “I’ve travelled all over the world to race and have seen many beautiful cities, but I am always so happy to get home to Elk Grove, CA. I believe this city has so much to offer. It’s not the little town it was when we first moved here in the early 1980’s, but it’s still the place for me and my family.”

Elk Grove’s Key to the City program was established in 2013 as an honorary gesture of appreciation and welcome reserved for notable Elk Grove residents. Another Chip Ganassi Racing team member, NASCAR’s Kyle Larson, received the City’s first key in 2014.

Joey’s 2019 racing schedule started at the Rolex 24 At Daytona in January and will continue through the entire IMSA WeatherTech SportsCar Championship schedule, which includes a stop in northern California on Sept. 13-15 in Monterey, with plans to return to the 24 Hours of Le Mans in June. He will accept his Key to the City during a short break before the Mobil 1 Twelve Hours of Sebring Presented by Advanced Auto Parts in Florida on March 16. For Joey Hand racing news follow him on Facebook (@joeyhandracingpage), Twitter (@JoeyHandRacing) or visit www.joeyhandracing.com.

Joey will bring his own 2017 Ford GT to Elk Grove City Hall on February 27 to give fans a chance to get a glimpse of this hand-built, limited production American supercar. Only five Ford GTs can be found in Northern California. Don’t miss your chance to see this street-ready version of Joey’s racing car up close and personal!

For more information about this Key to the City presentation, contact the City’s Public Affairs Manager Kristyn Laurence at 916-478-2206 or klaurence@elkgrovecity.org.